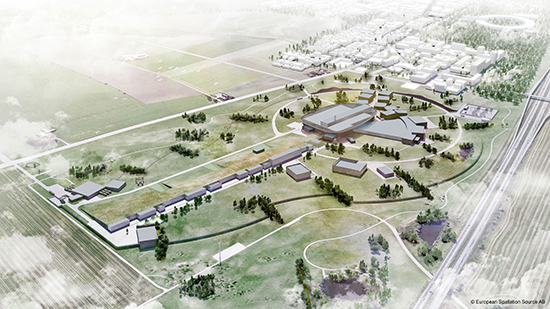 Today, several hundred members of the European scientific community gathered at the European Spallation Source (ESS) construction site in Lund, Sweden, for the ESS Foundation Stone Ceremony. The event was held to ‘lay the foundation’ both for the new facility, which has recently begun construction, and for a new generation of science in Europe.

ESS is a consortium of European nations cooperating in the design and construction of one of Europe’s largest active infrastructure projects. Today’s event follows the ESS groundbreaking held in early September, when the host countries, Sweden and Denmark, recognised their successful establishment of the pan-European political and economic partnership for ESS.

ESS is a large-scale Research Infrastructure, which has evolved to meet the scientific demand for facilities that are beyond the capability of individual nations or institutions in scope and complexity, says Jim Yeck, ESS Director General. Scientists and engineers from all over the world are involved in the construction of ESS.

Following on two decades of increasingly sophisticated technical design work, scientists, engineers, project managers and builders have now embarked on the construction of the most powerful neutron source in the world. ESS will provide the tools for analysis that will enable the next important discoveries in nanotechnology, life sciences, pharmaceuticals, materials engineering and experimental physics. It is understood that ESS, both through the research that will be performed there and the establishment of the facility itself, will serve as an economic driver for all of Europe.

The Polish participation in ESS results from our willingness to be an equal partner in the European Union, from the rules of science policy whose aim is that Polish science achieves a global level, and from the intellectual potential of Polish scientists and technicians. The engineers and technicians from the Institute of Nuclear Physics Polish Academy of Sciences are participating in the most ambitious investments for science in Europe. Our scientists should have the possibility to work with the best teams and with the equipment of the highest world quality says Prof. Marek Jeżabek, IFJ PAN Director General.

First neutrons are expected by 2019 and the first experiments are scheduled to begin in 2023. The cost of ESS is calculated to € 1,843 billion.

"One Europe – One ESS" video: http://europeanspallationsource.se/one-europe-one-ess 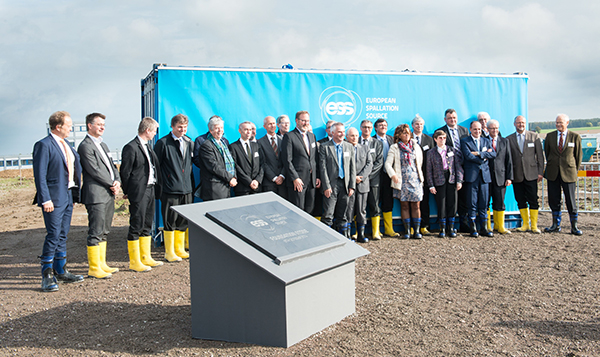