Musical spectacle "At the intersection of two infinities"

Musical spectacle "At the intersection of two infinities"
with music by Józef Skrzek and film narration by Jerzy Grębosz
Concept and direction: Adam Maj
(Auditorium Maximum UJ, 15/09/2019 at 20:00) 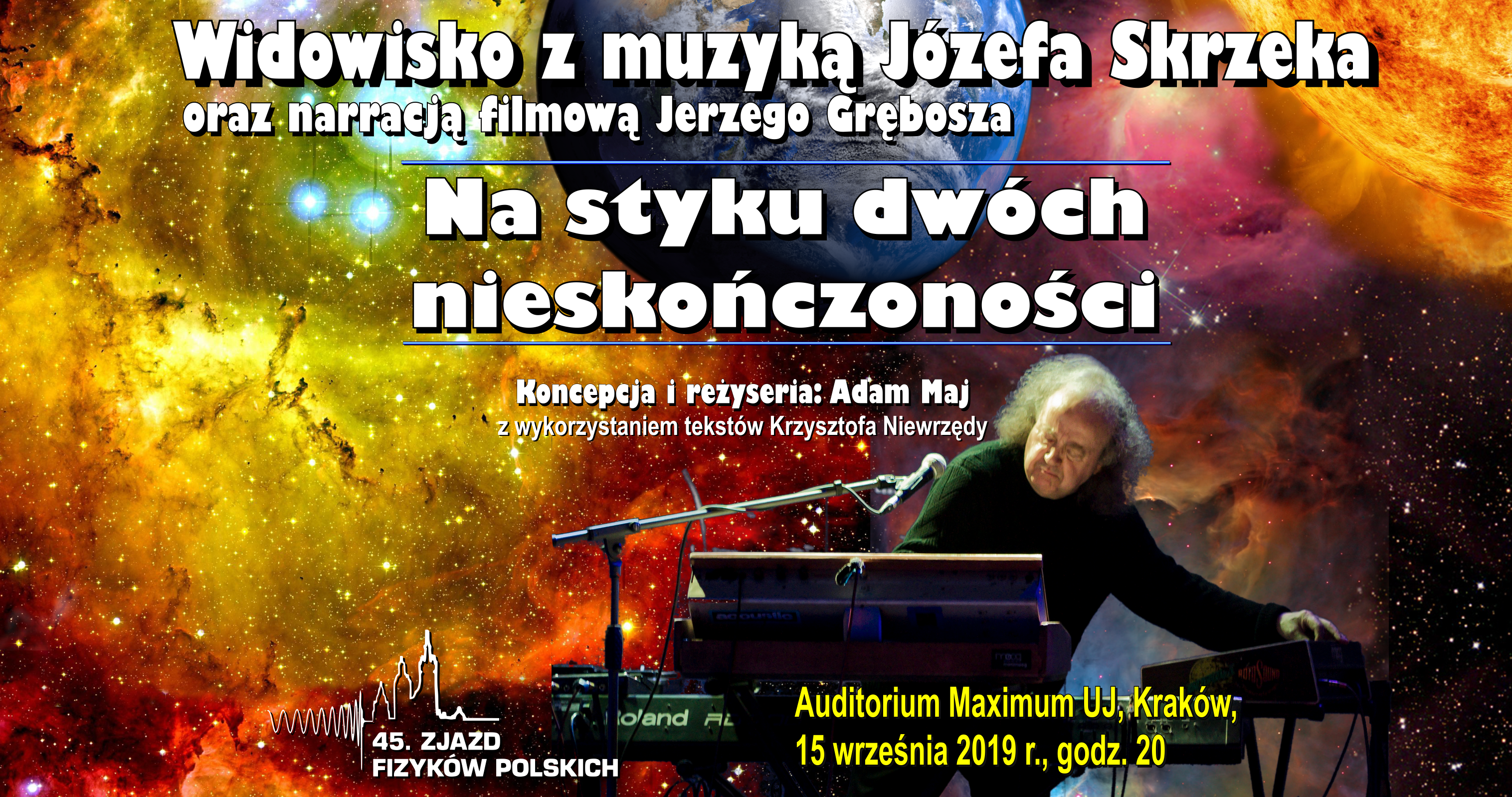 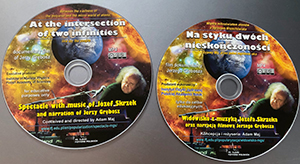 CDs with the movie from the Spectacle
can be ordered for educational purposes
here popularyzacja@ifj.edu.pl

The multimedia show "At the intersection of two infinities"...

... was a special item of the program of the Open Day of the 45th Congress of Polish Physicists. It was prepared specially to celebrate the Congress. Musical compositions composed especially for the show had their premieres there.

The show was directed by prof. Adam Maj from the IFJ PAN. Yhe spectacle with educational elements was a combination of music composed and performed on the piano and synthesizers by Józef Skrzek and other artists, with narration illustrated with films and animations performed by dr. Jerzy Grębosz from the IFJ PAN. 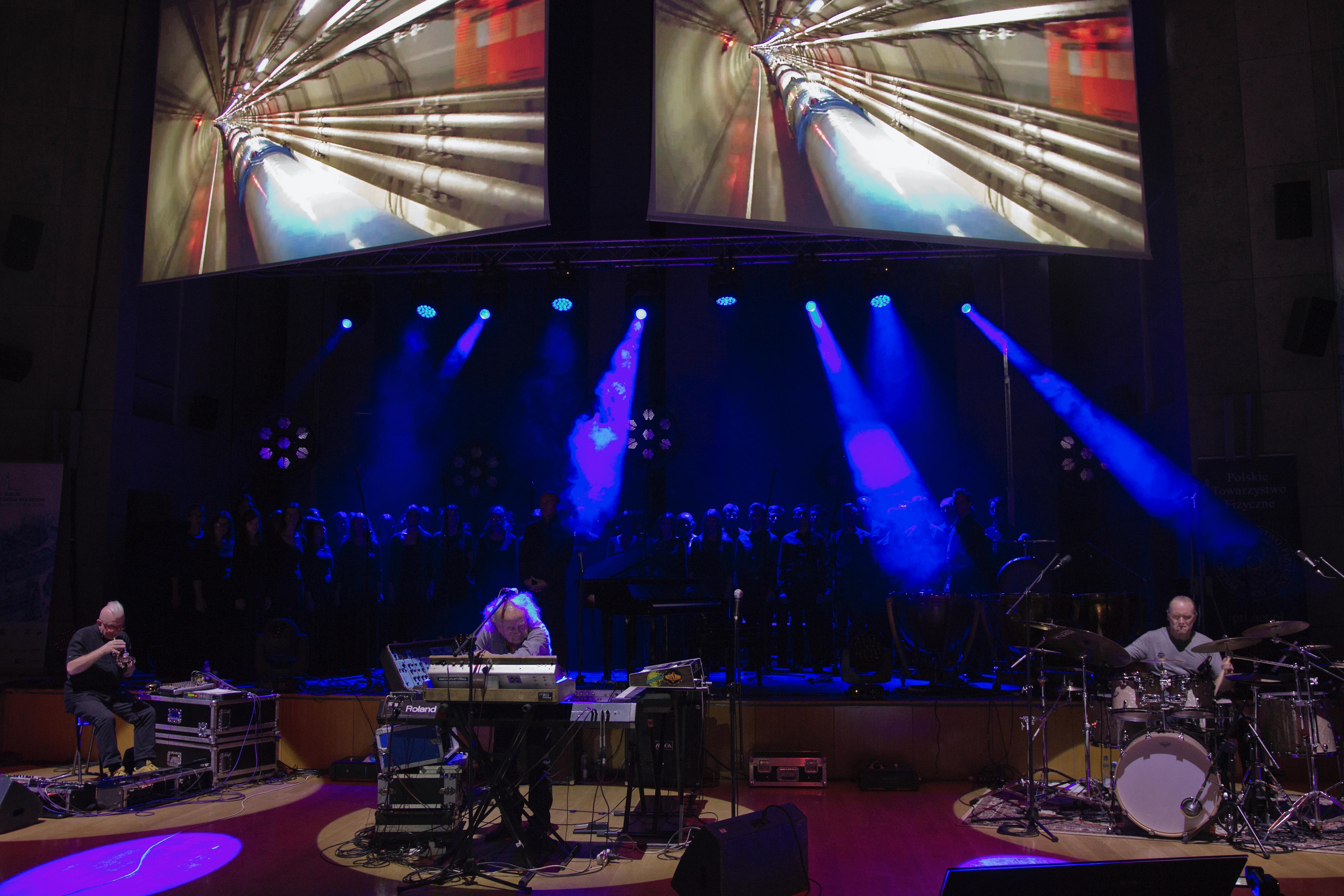 Painted with music and film, the artistic vision of the history of our universe leads us from singularity just before the Big Bang (Bubble Universe), through the Big Bang, the production of the element hydrogen, the formation of stars and light elements (from helium to iron) during nuclear nucleosynthesis, up to and finally, Supernova explosions, allowing elements heavier than iron to form, and scattering all these elements into the vastness of the Universe, which created life. The climactic piece of music refers to this fact that the Universe raised us. The "Children of the Stars" suite, talks about us, people, living, as Blaise Pascal put it, at the intersection of two infinities: the microcosm of atoms and the macrocosm of the Universe. The show ends with a vision of a possible scenario for the end of our universe, e.g. as a result of the Big Rip and what role supermassive black holes may play then; and finally, a vision of the possibility of creating a new singularity (and perhaps a New Universe).


Biographical notes of the popularizing team MGS (Multimedia Gig of the Stars), creators of the show

Józef Skrzek - a cult figure on the Polish music scene, multi-instrumentalist, vocalist and composer. Already as a child, he began piano lessons, and he had his musical education at the best schools in Katowice. His father's death in an accident in a mine in 1970 caused an abrupt change his life: to support his family, he stopped his studies at the Music Academy in Katowice and began performing in the Polish rock band Breakout, as a pianist and bass player.
In 1971 he founded and led the SBB progressive rock group for many years. Initially, SBB played with Czesław Niemen, performing all over Europe. From 1973, SBB began their independent career as a trio, creating an original style combining progressive rock with jazz and classical music, with accents of Slavic romanticism. One of the distinctive features of SBB music was Skrzek's virtuoso play on the mini-Moog analog synthesizer. The SBB team quickly reached legendary status in Poland, Czechoslovakia, Hungary, Scandinavia and Germany (both East and West).
In 1980, at the peak of their career, the SBB band was officially dissolved, though they were later reactivated many times and occasionally give concerts to this day. In 1980, Józef Skrzek started his wonderful solo career, which continues to this day, and is expressed in many different musical genres, often combining different forms of art. The main ones include film, theater, opera and electronic music. He also started a series of extraordinary outdoor music performances in unusual places, including in the Silesian Planetarium, in the underground historic mine in Tarnowskie Góry, on the slope of the Beskidy Mountains, in the lighthouse in Kołobrzeg, in Barbacan in Krakow, on Monte-Martre in Paris, or in the Peter and Paul Fortress in St. Petersburg. A particularly important trend in Józef Skrzek's artistic activity is the creation of religious music and its performance in churches on pipe organ, often in combination with a mini-Moog synthesizer.
One of the first such concerts, in 1982, was dedicated to the memory of fallen miners during the imposition of martial law in Poland, and one of the most important - in the Vatican in 2003 in the presence of Pope John Paul II. The list of Józef Skrzek's artistic achievements from his solo career could be added to the number of albums released - there are about 50 of them. (More information - http://skrzek.com, https://pl.wikipedia.org/wiki/Józef_Skrzek i https://pl.wikipedia.org/wiki/SBB)

Jerzy Grębosz - assistant professor (dr hab.) at the Institute of Nuclear Physics of the Polish Academy of Sciences in Krakow.
Author of publications in the field of nuclear physics and the C ++ language. His best-selling books - "Symphony C ++ Standard" and "Passion C ++" have become textbooks at many Polish universities, and the book "Opus Magnum C ++ 11" was the winner of the "IT Book of the Year 2018" competition.
Science popularizer - the Universe explainrd in a creative and unconventional way, including through artistic performances ("Spirit of Physics", "Newton's Curse"), popular science films (awarded at reviews and festivals of scientific and educational films, used for studying in schools), or author's performances ("Star Dust - The Greatest Spectacle of the Universe").
A traveler - anthropologist. In his travels to the islands of Oceania he meets the original tribes and manages to penetrate their culture. (More information - https://ifj.edu.pl/private/grebosz/greb_pol.html )

Adam Maj - Polish nuclear physicist, since 2006 a full professor of physical sciences. He conducts experimental research on the structure of atomic nuclei and mechanisms of nuclear reactions. His main scientific interests are the study of hot and fast-moving atomic nuclei, the structure of exotic nuclei and innovative systems for the detection of gamma radiation. He is a co-author of about 300 scientific publications. Throughout his entire career, he was associated with the Institute of Nuclear Physics of the Polish Academy of Sciences in Krakow, in the years 2011-2016 he was the Deputy Director for Science of this institute and previously he was the head of the Department of Nuclear Physics and Strong Interactions. In addition, he is a member of the Scientific Council of IFJ PAN and the Scientific Council of the Heavy Ion Laboratory of the University of Warsaw. He is a member of the Coordinating Committee for European Nuclear Physics (NUPECC), a member of Academia Europea, as well as a member of many other Polish and foreign specialized Scientific Committees. From 2017, he is the chairman of the Polish Physical Society Nuclear Physics Section. (More information - https://pl.wikipedia.org/wiki/Adam_Maj)


Interview on RMF FM radio: Physicists "At the intersection of two infinities" with the music of Józef Skrzek

Article: "Multimedia Spectacle At the Intersection of Two Infinities, at the 45th Congress of Polish Physicists in Krakow (Poland), 13–18 September
Nuclear Physics News, vol 30, No.1, 2020, p. 37 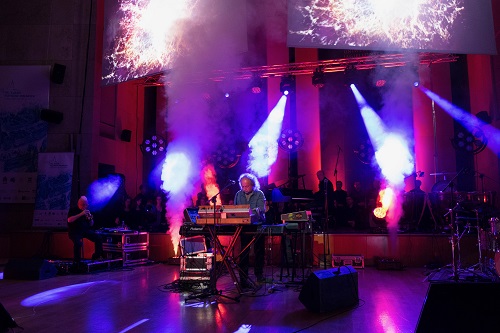 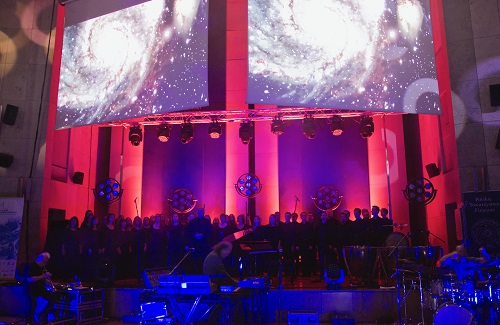 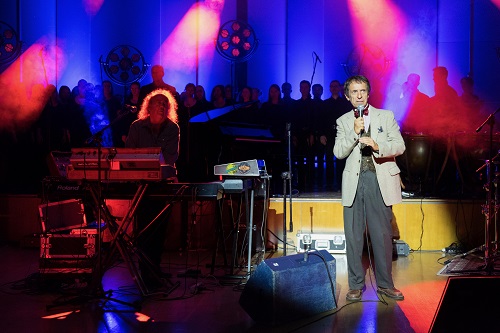 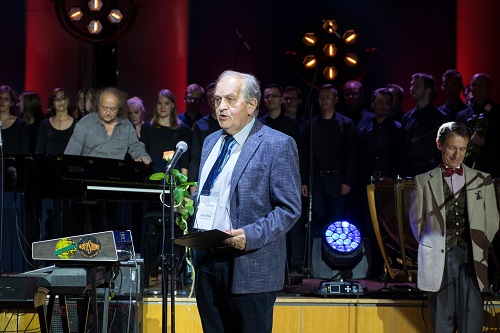 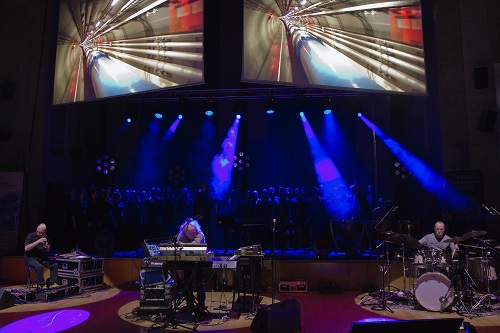 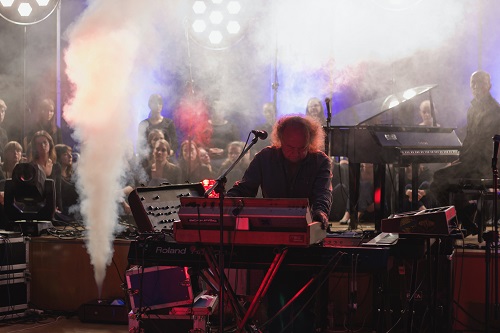 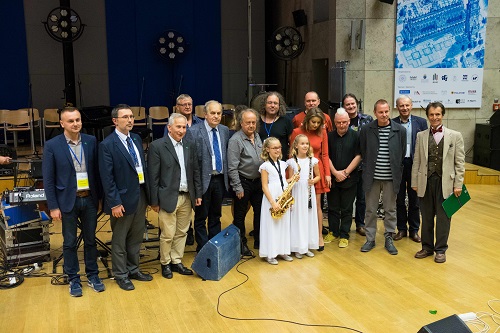